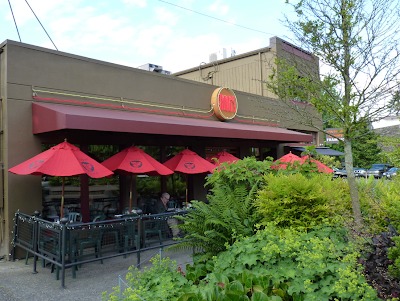 Although the deal had been in the works for several months, it was not until Friday last week that the final documents were signed and Bing’s officially changed hands.  The transition from old to new went unnoticed by patrons, however, since there was not much change in evidence.  Stan Moshier and Lori Campbell, who first opened Bing’s Bodacious Burgers in 1999, were still on board this weekend, working side by side with the new owners—at least one of whom is a very familiar face on the premises.

Stan and Lori told us that the reason for selling is that they’re ready to move on to the next thing.  There will definitely be a different eating establishment in their future.  For Bing’s new owners, George and Kylie Marshall, on the other hand, getting this gig of owning and operating a neighborhood restaurant is a dream come true.  Both sides, therefore, see the ownership change as a win/win situation.

It’s a win also for fans of the current Bing’s, since this will not be another Sostanza or Sorella’s kind of transition (shut the old place down and replace it with something new).  When we asked if big changes should be expected, George responded, “Not at all.  If it’s working, why fix it?”  There could be some tweaks here and there over time, he admitted, but nothing that would change the basic atmosphere or cuisine of the place.

George’s wife, Kylie, is well aware of what makes Bing’s a successful local food joint, having been part of the crew at Bing’s for the last six years.  With this move, she goes from co-worker to co-owner.  It’s a change she says she’s still getting the hang of. 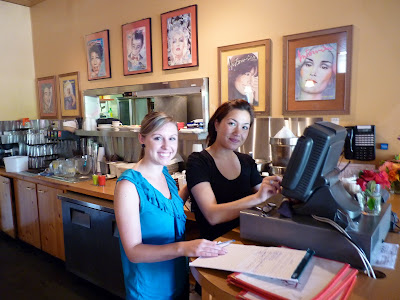 Bing’s has been a neighborhood institution for the last twelve years. The family-style restaurant replaced the pharmacy that had previously gone out of business at that location.  The restaurant had something of a serendipitous birth.  As described by Lori, she and Stan were in the neighborhood to have brunch at The Attic when they stumbled upon a “For Lease” sign in the window at 4200 E. Madison St.  At that time they owned and operated a neighborhood pub in Greenwood called Pig n’ Whistle, but they wanted to do something new. They decided that their discovery of that great space gave them the opportunity to make it happen. Stan came up with the concept and then designed and built the restaurant that occupies the space today. This was just another in a series of successful restaurant-building ventures by Stan’s construction company. He’s built 16 restaurants to date, of which four he’s owned and operated.

New owners George and Kylie have a romantic story of having met at the Cheesecake Factory, where they both worked at the time. George, who hails originally from New Jersey, has 22 years of restaurant experience--beginning at MacDonald’s when he was just 15.  Kylie, who grew up on Whidbey Island, is one of several mutual friends from the island who moved to Seattle and ended up working at Bing’s together.

According to George, soon after he and Kylie first started dating five years ago, he said to her, “Someday we are going to own a restaurant together.” But he had no idea when that might happen.  He had become familiar with Bing’s as a result of picking up Kylie after work, and Kylie liked the vibes at Bing’s and enjoyed her co-workers. So when the opportunity came along to consider buying the place, they were definitely interested. Though it’s taken some time to iron out the details, George says that he and Kylie have gone into the new venture well aware of both the challenges and the opportunities they’ll encounter.  All of those years in the business, he says, are presumably worth something.

The new management team will continue to have the help of the old team for the immediate future.  In the long run, however, Stan and Lori plan to develop a new restaurant, with both the location and concept still to be determined.  Stan’s construction company is currently building a restaurant in Columbia City that will be owned by two former Bing’s employees, Heather Anderson and Sam Allard.

Oh, and then there’s Stan’s other, absolutely unrelated business: Hamm Industries, a distributor of, among other things, “manure vacuums and arena rakes” for the equestrian circuit.   As we said, unrelated.

[Lower photo:  Kylie, on the left, with her former co-worker and now employee, Faith.]
at 5:46 PM