Hey, what's with all these goats? 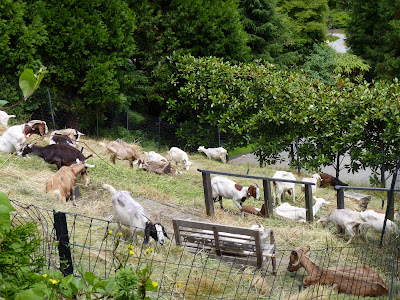 You would've smelled 'em before you could've seen 'em, but if you'd halted and looked in the right place last weekend, you would have encountered a Washington Park hillside covered in goats.  Our informant (Lisa Loban, owner of Ropa Bella) discovered the goat herd as she was "fast walking" north on McGilvra Boulevard E., just north of its intersection with Lake Washington Boulevard E.  The property on which the goats were comfortably munching away is located between McGilvra and 39th Avenue E.  When we say comfortably, we mean those goats seemed plenty darn relaxed (note, in particular, the goat that has taken up residence on the bench).

Their purpose in being there is not known for certain; but as Lisa noted, it was probably an example of the rent-a-goat phenomenon, an exotic method for getting rid of the weeds and cutting down the grass. 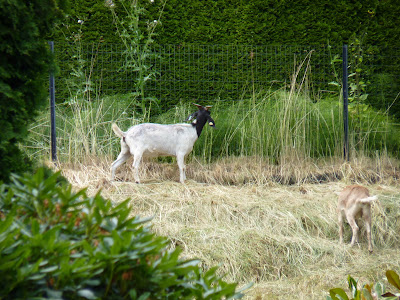 If so, the goats appeared to be doing a fine job of it.  We thought of knocking on the homeowner's door and asking the obvious question, "Why all the goats?" But we concluded that trespassing on the property to make such an inquiry might not have been appreciated: 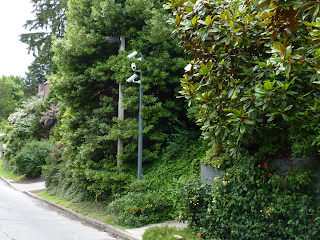 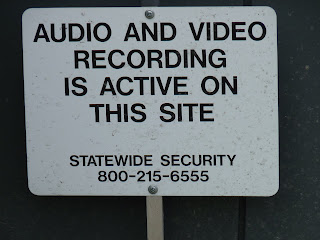