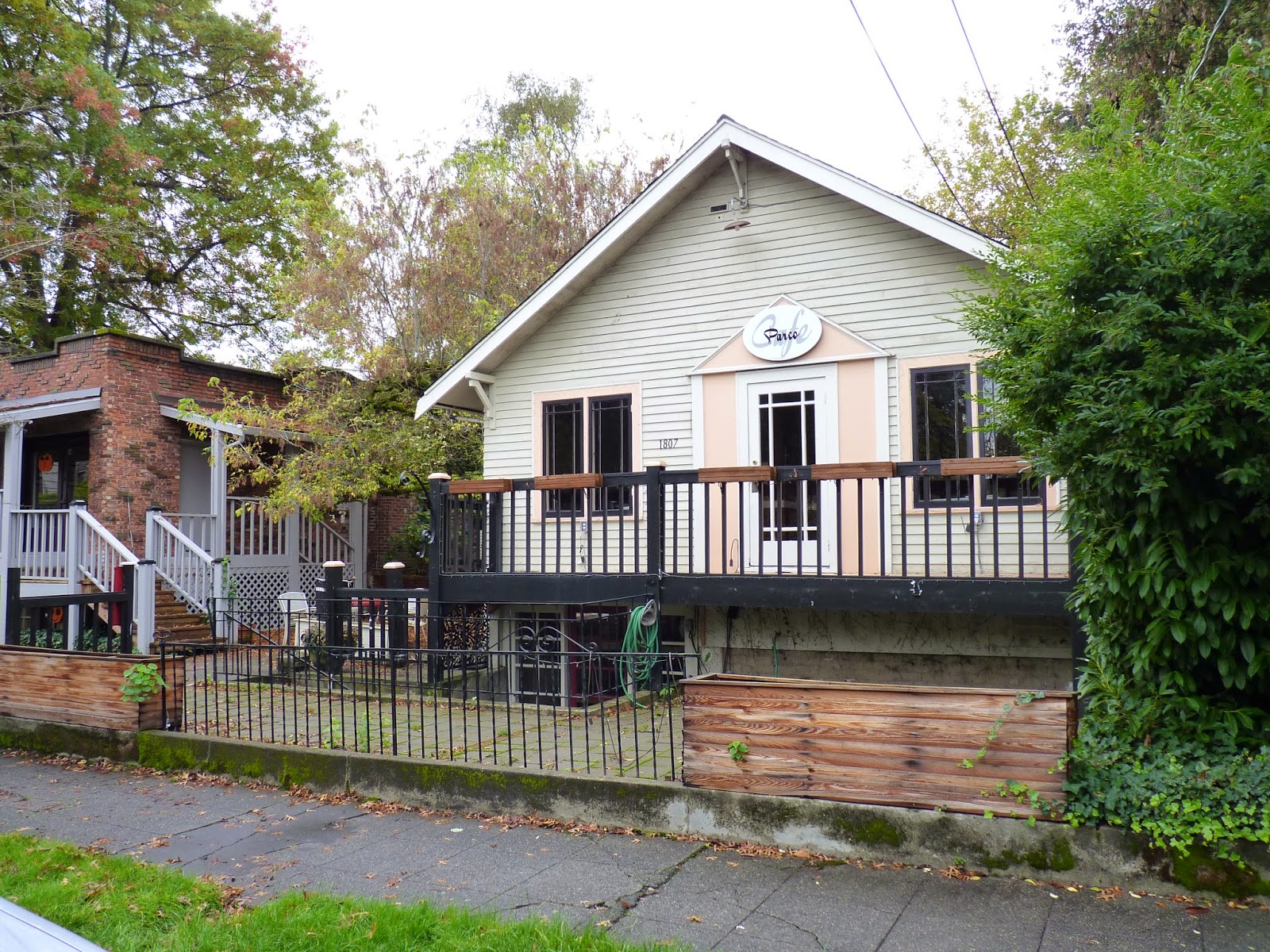 Foodies and those concerned about the shrinking retail core of Madison Park will be saddened to know that there will not be a replacement restaurant for the late Cafe Parco.  We have it on good authority that the building, located on 42nd near Madison, has been purchased by someone, apparently a Madison Park resident, who is going to renovate the space and transform it into his personal office.

Building owner Karen Binder, who for a couple decades operated Madison Park Cafe from the one-time residential building, did not respond to our request for confirmation.  But it's clear that the place is being emptied of restaurant paraphernalia. One of the problems with operating a restaurant in that space is that the kitchen was inadequate, both in terms of size and the age of its equipment.  Extensive work would have been needed to make it efficient.  Even if that obstacle had been overcome, the limited seating indoors was always a problem with no solution. We've been told that in the restaurant's final years in particular, the outdoor good-weather seating and the weekend brunches were what made Madison Park Cafe profitable. Cafe Parco, as was evident to anyone who wandered by regularly, was unable to achieve the same results.

The brick building to the south of the old Cafe Parco location has also been recently purchased, but there's no indication that it will be used for anything more than offices. The same situation is true for the building that housed the now-notorious Lakeside Capital offices on 43rd. That space had been marketed as a potential retail location, but that's not going to happen according to the word we've received.  The building changed hands recently and the new owners will not be adding to the retail space along that street.  As others have found, in any event, it's tough to do retail off of Madison.

Meanwhile, there's a now-empty shop where Ann Marie Lingerie used to be, in the building that also houses Starbucks.  It's unclear from the sign posted in the window whether the current tenant plans something else for that space.  For some reason, the Madison Park Blogger was unsuccessful in getting any response from Ann Marie concerning their abandoned location.