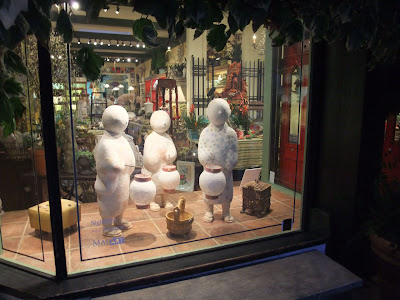 If the goal was to showcase artistic talent and bring people to Madison Park, then the organizers of MadArt certainly scored on both points last night. The evening reception at Starbuck’s was packed, and the art walk that followed drew crowds of people, many of whom lingered on Madison well into night. Indeed, those who stayed late benefited from getting to see a different art show from what transpired during the daylight. Most of the art on display in the shop windows took on a whole new aspect when lit from above or behind and viewed from the dark of the street.

MadArt founder Alison Wyckoff Milliman told me she was “thrilled to see these artists prove themselves by rising to the challenge and coming through as they did.” She noted that the response to the art by viewers seemed to be “overwhelmingly positive.” That was certainly my impression as my wife and I made the rounds, starting with Anne Marie Lingerie and ending at Spa Del Lago (the installation there, shown below, is by artist Jen T. Mills and was one of the highlights of the show).
. 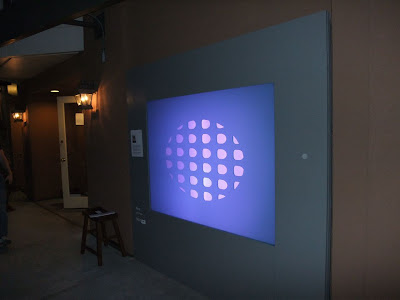 MadArt Director Bryan Ohno spent the morning today recovering from last night and trolling the Madison Park shops listening to people coming upon the art unawares. He said it was fun to watch “people walking around in their normal way--maybe walking their dog--and then suddenly seeing art in a shop window and reacting.” It’s exactly what the MadArt organizers were looking for, he said, “a lot of interaction between people and the art.”

I’m excited to be able to break a bit of news here on the blog. Based on the success of the artists in creating installations for this event, Ohno reports that the venerable Foster/White Gallery will be featuring the MadArt artists in a special show in February 2010. All in line with what Milliman originally envisioned for the project: helping new artists get to the next level. Obviously, MadArt has given these artists some momentum.

The show here in the Park, meanwhile, continues in the windows of 18 Madison Shops on the north side of Madison through October 4. In particular check out my favorites, which certainly include George Rodriguez’s magnificent ceramic figures at Red Wagon Toys (shown below) and Kinu Watanabe’s inspired clay grouping at Martha E. Harris (shown in the photo at the top of this posting). 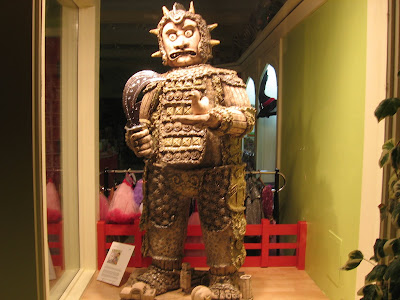 For more information on each the 22 artists displayed, visit MadArt’s website.
[Photos courtesy of Bryan Ohno, MadArt, except for the George Rodriguez installation, photographed by Alan Smithee.]
at 6:12 PM