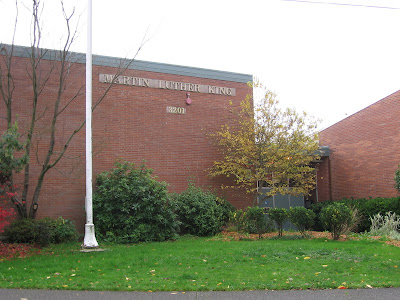 The Central District News, a neighboring blog, reported last week that the Seattle School District had received four bids for the Martin Luther King, Jr. Elementary School site located at 3201 E. Republican Street. There are a couple of reasons why this story may be of interest to residents of Madison Park, even though the school, which closed in 2007, is a couple blocks south of our community.

For one thing, the Bush School, which is contiguous to the MLK School site, is apparently the top bidder for the property. Although the School’s main buildings are—like the MLK School—in Madison Valley, Bush’s Gracemont Upper Campus actually is located in Washington Park, so I think we can legitimately claim the Bush School as one of our own.

Another bid for the site has been submitted by a group of community activists, Citizens for a Community Center at MLK (CCC), which is the second reason the story could be interesting from the standpoint of Madison Park. Right now there is no community center located anywhere within the area, unless you want to count the Miller Community Center (330 19th Avenue E.) on Capitol Hill, or the Montlake Community Center (1618 E. Calhoun St.) as “within the area.” If the Madison Valley activists have their way, there would be a community center located practically on Madison Park’s doorstep.

However, it looks like it is just not meant to be. The CCC’s bid to purchase the site for $2,400,000 is 36% lower than the Bush School’s $3,750,000 bid. Two other bidders, Hamlin Robinson School (a non-profit private school for children with learning disabilities) and the First African Methodist Episcopal Church, each have lower bids than The Bush School. All of the bidders also provided the school district with proposals for renting the property, with The Bush School offering significantly more than any of the others.

The district, of course, is not obligated to take the highest bid; but given the Seattle Schools’ budget problems, the school board would certainly come in for some justified criticism if it didn’t take the money and run. Additionally, it is not clear that either the CCC or First AME actually have the cash in hand at this time to back up their bids. So it looks as if the idea of a community center for the area may just be one of those pipe dreams you hear about.
. 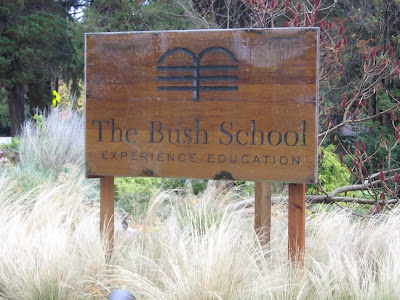